16
For the 11th Lustrum, the ESSF is organizing a Pub Quiz at the SSC canteen. You will need no money, it's totally free to participate (the money will go to charity) because AT pays your contribution. You will get 5 drinks and free snacks, and I've heard there are prices for the winners! Pub quiz, 5 beers, free snacks, it sounds like fun, right? So join the All Terrain team by subscribing to the event.
From:
2018-05-24 19:30
Till:
2018-05-24 23:00
View Event arrow_forward 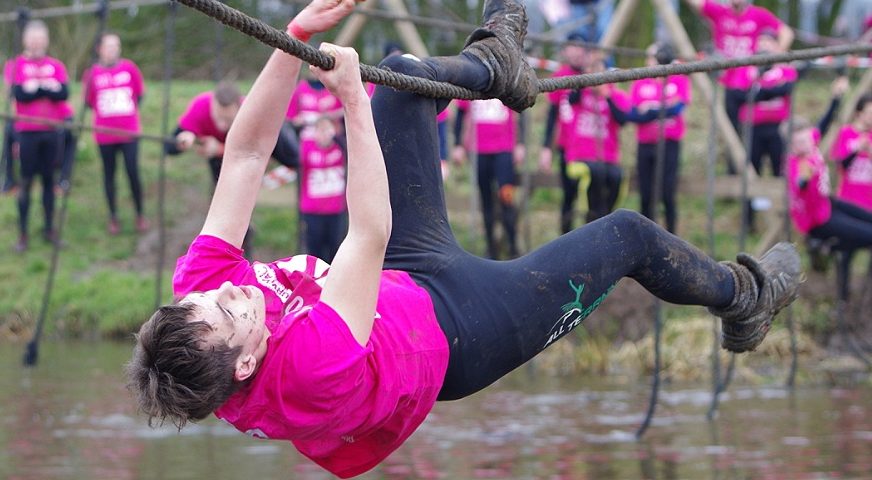 Want to have a nice active weekend for ascencion this year?

What about joining All Terrain for 4 busy days of sport and fun? We will visit the survival association U-base in Den Bosch to have a survival training at their construction. We will have a full day of canoeing in the Biesbosch national Park (awesome landscapes!!). And because it was not enough sport in the weekend, we will go everywhere by bike!

10
All Terrain is the student association that welcomes the most foreigners (we are being very happy with that). While they survive the bitterballen and try to learn a bit of Dutch/Brabants, it is now your turn to discover a bit their culture. You are therefore invited for a French night on May 5th to represent three different nationalities that speak french within All Terrain: Canadian, Swiss, and French. Of course there will be food prepared by our talented French speaking members, but also some wine, and different challenging games. The event will cost € 10,-
From:
2018-05-05 18:00
Till:
2018-05-05 23:00
View Event arrow_forward

Navigator? Team player? Adventurer? All nighter? Even if you’re a 1 time yes, three times no, the Adventure Race Amsterdam is still for you

ARA starts on Friday 4 May at sunset. You’ll finish around 14 hours later.

What do you need?

What does it cost?

Joining ARA costs €120,- per team (including lunch and ARA-shirt in your size: woohoo!).

what are you getting into?

There are various rounds (mountainbiking, running, canoeing) that you have to finish within the time limit. In each round, you’ll have to find as many checkpoints as you can. You can find those checkpoints through coordinates. Smart navigation is more important than speed, as the checkpoints are hidden. In between the rounds you’ll have to perform Special Tasks (e.g. archery or robe climbing). Adventure racing is all about fair play, so… no phones, gps, or navigation tools are allowed. Joining a 14 hour race makes you a winner instantly, but the real winners will be awarded with amazing prizes!         If anyone is interested in joining a team, register below!
From:
2018-05-04 20:00
Till:
2018-05-05 14:00
View Event arrow_forward

9
Note April 29th but already in your agenda because on this date Steenbergen will organize another fun and challenging run! This year is the 21st time that the run is being organized. As in previous years, the course is set out in the built-up area of Steenbergen. They have a couple-run 6.5km and an individual 6.5km. So its really easy for beginners! For more information you can look on their website here and for direct subscription you can go here.  Transportation cost will be 11 euro p.p. Subscribing for the transportation can be done by subscribing for this event!
From:
2018-04-29 11:00
Till:
2018-04-29 16:00
View Event arrow_forward

11
Dear everyone, This year All Terrain has subscribed to the batavierenrace yet again. More information regarding the event is provided down below. There is a maximum of 25 people that are allowed to join. The expected costs for the whole event (including food) is going to be approximately 55 euro, this number is based on the costs of the previous years.  Subscribing can be done by subscribing to the event AND filling out this subscription form: Subscribing by clicking here!   What is the batavierenrace? The Batavierenrace is a relay race over 175 km from Nijmegen to Enschede, divided into 25 stages (16 men's stages and 9 women's stages) varying from 3.6 km to 10,. km. 350 teams, which means more than 8,500 students, participate in this race. This number of participants gave us a mention in the Guinness Book of Records. The Batavierenrace is a mixture of a competitive sport-event as well as a big social event. At midnight on the 21st of April, the race starts and the first runners will dive into the night for their heroic battle against the elements and the temptations of a warm bed. This is the beginning of 18 hours of sportsmanship. Afterwards, the biggest student party in Europe takes place, with over 12,000 visitors! On Sunday the 23th of April we will go back home again. After a spectacular opening, the race starts at midnight near the Radboud Sports Centre of Nijmegen. A unique feature of the Batavierenrace is, that part of the race takes place during the night. The race consists of three parts: night, morning and afternoon. We will divide our team into three groups, each group will run one of these parts of the race. Between each part, there is a short break in which the different groups can switch. One of the questions in the google forms link will be about your preference for which time you would like to run. The participants of the race wear a runners vest which contains a chip that registers the stage times. Every runner is accompanied by a teammate by bike for navigation, safety, and moral support. The route of the Batavierenrace leads the runners through crowded relay points as well as lonely windy country roads in the middle of nowhere. Practical information We will camp in tents during the race. The location of the campsite will be the technical university of Twente. The transportation to and from the campus is not included in the costs for the weekend. But we will do our best to provide cheap transportation. Food and drinks during the race & breakfast, lunch and dinner will also be provided for. Drinks and snacks which can be bought at the festival on Saturday evening will not be provided for. I am also looking for help in organizing the weekend. If you are willing to join me in this venture I am happy to include you in my (currently still a one-man) team. - Bart     Subscriptions are open! :)
From:
2018-04-21 17:00
Till:
2018-04-23 15:00
View Event arrow_forward

2
The championship will be organised by Argus and takes place on the campus of Wageningen University. The distance for men will be 7.5 km and for women it is 6 km. Be careful, this is the shortest distance, so probably it will be a little, little, little bit more. For the ones who think  what is orienting? Orienteering is an exciting and challenging outdoor sport that exercises mind and body. The aim is to navigate between control points marked on an orienteering map. In competitive orienteering the challenge is to complete the course in the quickest time choosing your own best route. There will be a training on 26th of March to gain some experience and it will be fun to challenge all terrains orienting skills. Do  not be afraid to get lost. CLICK HERE to register for the training. To subscribe yourself click HERE, do not forget to join the all terrain team. If you are a student the cost will be 3 euro. If you are not a student any more you can still join, but the costs will be 7 euro. If there is enough interest we will arrange transport for 7.50 euro.
From:
2018-04-08 10:00
Till:
2018-04-08 20:20
View Event arrow_forward 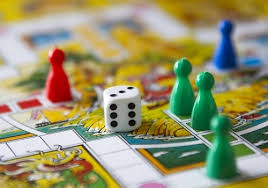 Game night on the 29th of March

7
On the 29th of March All Terrain will hold a game night for all those interested. It will be a fun evening of board games of various kinds. The location is to be announced later on. Feel free to bring with you board games which you personally like a lot. More information will follow in the days to come, if you are interested in joining, please subscribe to the event here. This makes it easier to prepare the event.
From:
2018-03-29 18:00
Till:
2108-03-29 23:00
View Event arrow_forward

8
For the ones who think  what is orienting? Orienteering is an exciting and challenging outdoor sport that exercises mind and body. The aim is to navigate between control points marked on an orienteering map. In competitive orienteering the challenge is to complete the course in the quickest time choosing your own best route. There will be a training on 26th of March to gain some experience for races and it will be fun to challenge All Terrains orienting skills. Do  not be afraid to get lost. This training will be for free. We will gather at the canteen of the SSC at 19:00 and will start with an introduction. Bring your your running shoes! If you want to join your first race, CLICK HERE
From:
2018-03-26 19:00
Till:
2018-03-26 21:00
View Event arrow_forward